Maid of Honor vs. Matron of Honor: A Wedding Guide 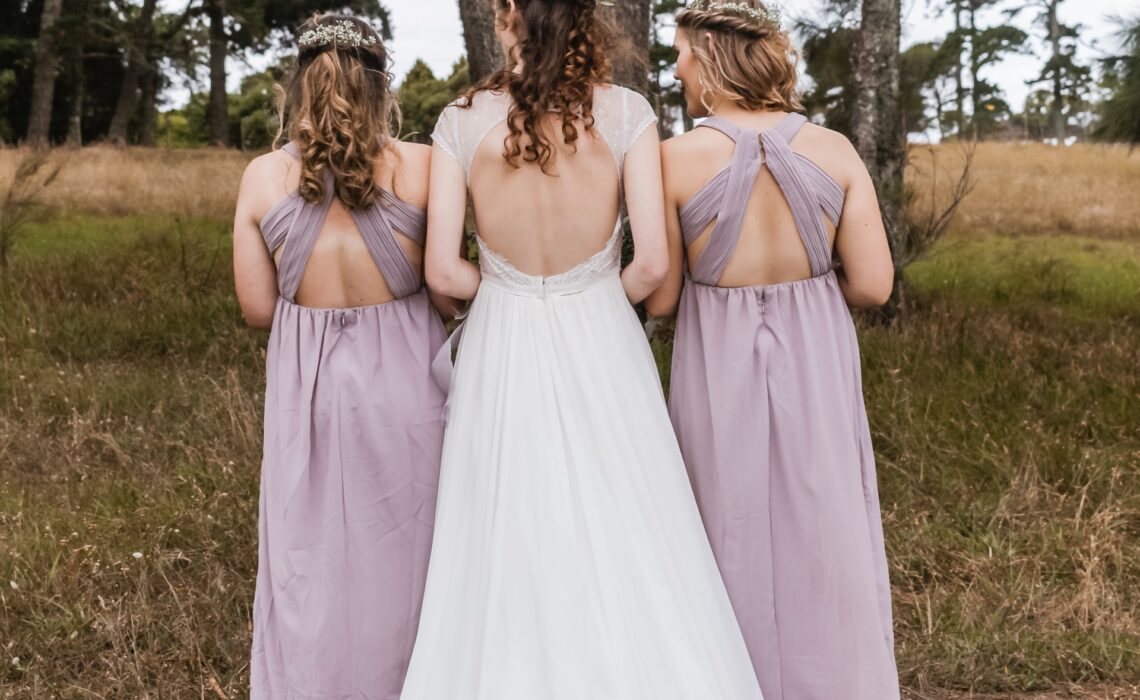 Choosing your bridal party (and then asking them with champagne and confetti!) is a fun task on your wedding checklist. You get to reflect on your friendships and ask those friends to be part of your special day. And while choosing a maid of honor is just as fun, you may be wondering about having a matron of honor, too. Do you really need one? What even is it? Well, never fear! We’re going answer all of your honor-related questions so you can make the right choice and use the correct terms for your big day.

What is the difference between a maid of honor and matron of honor?

In short, a matron of honor is married, whereas a maid of honor is unmarried. Traditionally, you will have an honor attendant for your wedding. This is usually your best friend—whether they are related to you or not. Your honor attendant has more responsibilities than your bridesmaids, and they will often help you plan wedding details and manage tasks on the day of.

Can you have both?

Absolutely! This is your wedding day, so you’re making the rules. If you have two sisters or two best friends and one is married, but the other isn’t—make them both honor attendants! Heck, you can even have two matrons of honor and no maid. We do recommend limiting your honor attendants to two, though.

What are their responsibilities?

Your matron and maid of honor might have different names, but they share the same responsibilities. As we briefly mentioned before, your honor attendants help you plan wedding and manage day-of wedding tasks. They also help you celebrate! Traditionally, your honor attendants plan your bachelorette party and help your family plan the wedding shower. This includes booking venues, sending invitations, and coordinating with the rest of the wedding party.

Your MOHs also help you get ready, pack an emergency kit for last-minute needs, and keep your train photo ready during the ceremony and for pictures. Of course, if you have two MOHs, you can divide the tasks between them. Either way, the main responsibility of both a maid of honor and a matron of honor is to support you!

Do your maid of honor and matron of honor wear the same thing?

Typically, the honor attendant wears something similar to the bridesmaids—but with a little embellishment. This could be a dress with bead- or lacework, a different bouquet, or even a dress in a slightly lighter or darker shade. If you have two MOHs, you can choose to have them match each other or not. Once again, there are no rules for this thing! If your wedding party is choosing their own dresses (or skirts or pants), we recommend making your MOHs attire stand out—but not match. If none of your other ‘maids are matching, it would look strange for your MOHs to be identical.

However, if your entire wedding party matches, we recommend keeping your MOHs in similar dresses (or skirts or pants). For example, if you want beadwork to set your MOHs apart, make sure their dresses have different patterns. That way, their dresses are unique from the ‘maids’ dresses and also unique from each other.

Who walks down the aisle first?

You guessed it—there are no rules! Usually, the ‘maids walk down first, followed by the MOH with the bride last. If you’re just having one maid or matron of honor, it’s a simple line-up. But with two MOHs, you have a little more flexibility. For example, you can have the maid and matron walk down together with each other and/or the best man. Or, you can have them walk down one-by-one like the other ‘maids. In that case, you would need to decide who goes first.

We recommend making that decision based off of who your MOHs are. Like, for example, having the youngest go first. Typically, any ring bearers or flower girls start the whole procession off, so asking the younger MOH to go first would match tradition. You can also ask the MOH you’ve known the longest to go second, or even the taller one to go last. Again, you get to choose what this part of your wedding looks like!

Where do they stand in photos?

Because the MOH usually stands next to the bride for group photos, navigating two MOHs can be tricky—but it doesn’t have to be! We recommend simply sticking with the order in which everyone walked down the aisle. That means whoever walked down last, just before you did, should be next to you at the altar and in photos with the entire wedding party. Of course, when you’re taking photos with just the bridal party, you can have a MOH on either side of you! But for the whole-party photos, keep everyone in the order that they walked down the aisle in.

The difference between a maid of honor and matron of honor is very minimal. Of course, you can make the roles more distinct by having them wear different dresses (or skirts or pants) and assigning them different day-of tasks. But just like choosing your ‘maids, you should choose your MOH carefully. They will be a huge support system all the way up until the end of your wedding.

Did you learn anything new about matrons of honor from this post? Do you think two MOHs is too many?