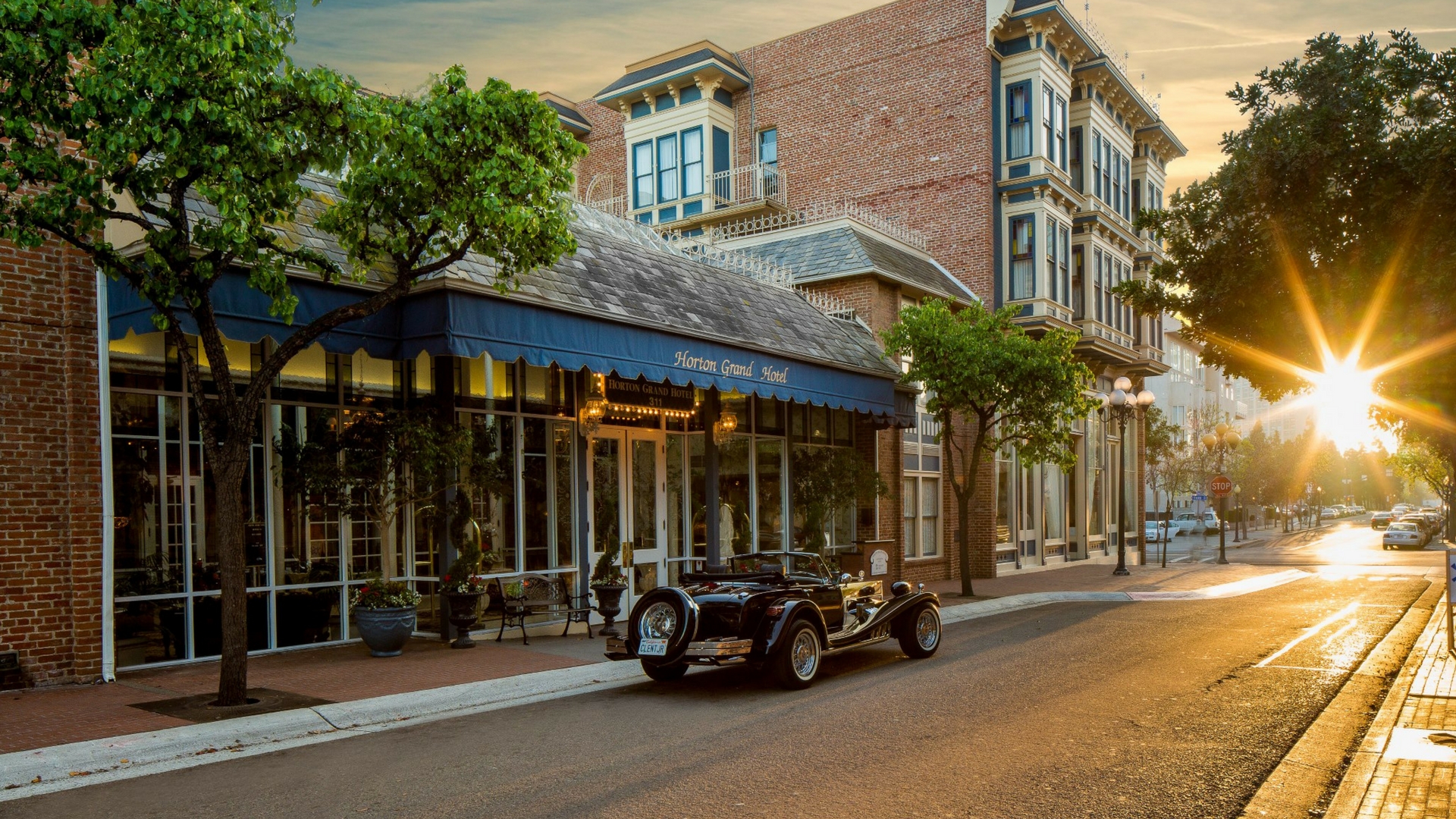 With Halloween around the corner, we’ve conjured up some spooky hotels that have a rep for being haunted. Whether its ghosts wandering the halls or voices in an empty room, these hotels are bound to give you a screaming thrill.

Originally constructed in 1886, The Horton Grand Hotel was meticulously relocated to the Gaslamp Quarter, one hundred years later. Since then, it is said that strange happenings began to occur.  Many paranormal enthusiasts report ghostly appearances associated with Room 309. Guests in Room 309 say that their bed was shaken in the night, the lights flickered, and the armoire doors opened and closed on their own. The spirit that haunts the room is believed to be Roger Whitaker, a cheating gambler, shot to death while hiding in the armoire.[/one_half]

Said to be the inspiration for Stephen King’s novel, “The Shining”, the Stanley Hotel has a reputation as one of the most haunted places in America. Many guests and hotel employees have reported having their clothing tugged by something unseen as well as hearing loud, crying voices and footsteps in the hallways of the hotel. The hotel staff relate tales of a young child calling out to his nanny on the second floor, yet no one is there.  Hotel founders, Freelan and Flora Stanley, have been spotted making a ghostly appearance dressed in fancy clothing on the main staircase. [/one_half][one_half_last] Built in 1859, the Menger Hotel is one of the oldest–and most haunted–hotels in Texas. Guests have reported sightings of at least 32 different ghosts, President Teddy Roosevelt being one of them. Roosevelt is often seen enjoying a drink at the bar. The second most spotted apparition is the one of Captain Richard King, owner of The King Ranch. He has been seen entering and leaving his suite, now named, “King Ranch Room”. Another common sighting is the ghost of Sallie White, a maid that worked at the hotel. She often appears in her uniform on the third floor carrying towels for guests. [/one_half] [one_half_last] The Copper Queen Hotel in Bisbee, Arizona has hosted paranormal investigations from the Ghost Adventures and Ghost Hunters television shows. The most famous ghost sighting here is of Julia Lowell, a young woman in her 30’s who was said to be a prostitute that took her own life in the hotel. Guests and staff have reported feeling her presence on the west side of the third floor. Men staying in Room 315 have heard her whispering in their ear late at night. Visions of Julia descending the grand staircase, dressed seductively, holding a liquor bottle have also been reported. [/one_half] [one_half_last] The Pfister Hotel, built in 1893, frequently hosts basketball games and sporting events. Many of the players who stay there have reported a lack of sleep and strange happenings at the hotel. Guests have heard knocking on their door and in the hallways when no one was there. One guest even reported he heard disembodied voices and that his iPod started moving on its own.[/one_half] [one_half_last] Are you brave enough to truly embrace the spirit of the Halloween season?  If you dare, book one of these haunted hotels, and be prepared for an eerie experience. And if you do come across one of these ghosts or ghouls during your stay, be sure to let us know! Source One and Source Two