Your Guide to a Beauty and the Beast Bridal Shower 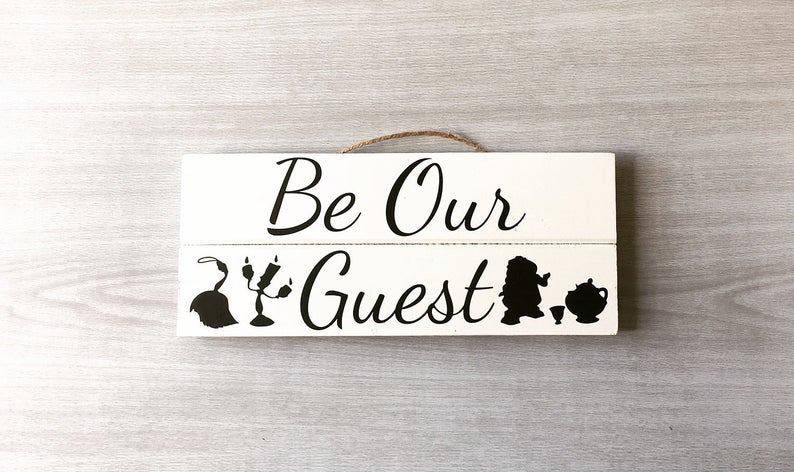 Call it classic or call it cliché, but true love really is a tale as old as time. Since its publication in 1740, Beauty and the Beast has been a romantic icon, totaling over 45 adaptations across television, movies, literature, and theatre. With the most recent adaption in 2017—the live action movie co-produced by Walt Disney Pictures and Mandeville Films—it’s no surprise the love story made its way into the wedding world.

Aside from the obvious romance between, well, Beauty and the Beast, there is so much love in the story as we know it today. Between the magical setting of France and the lovable supporting roles like Lumière and Mrs. Potts, Beauty and the Beast is the perfect bridal shower theme.

But definitely don’t take our word for it—take the words of April I. and Sarah K. you may remember April from some of our earlier posts—she’s an event-planning rockstar and Eventective Content and Support Adviser. She helped throw Sarah, her long-time BFF a Beauty and the Beast wedding shower. It was romantic and whimsical, and we’re spotlighting it to help you plan all the key elements of a Belle-worthy shower.

First and foremost, a “Be Our Guest” sign is absolutely necessary to welcome guests into the venue. They are, after all, your guests and many of them will try the gray stuff (it’s delicious!). For the majority of the decorations, though, the goal isn’t to recreate a scene from the movie. Instead, try to capture the romance and the backdrop of the story. With, of course, a few signature Beauty and the Beast decorations!

Because the version we know today is set in France, display a few Eiffel Towers in the venue. Some may hold pictures or simply be a statue next to the guest book. Incorporate lace where you can, too. Trail it on the tops of tables, in between mementos and hors d’oeuvres. Just make sure not to put them too close to the food!

Tea, of course, is a must for any Beauty and the Beast celebration. Not only does it honor Chip and Mrs. Potts, there’s also tea mentioned in the iconic “Be Our Guest” dinner song. But unless you’re planning an adult tea party, you’ll want more than just tea all day. The aforementioned song offers plenty of suggestions for any type of shower—formal or casual.

Cheese souffle is mentioned, along with hors d’ouvres—both of which can be customized for an early brunch or late afternoon shower. Offer a variety of souffles like bacon and scallion, or spinach and cheese for a breakfast buffet. Hors d’ouvres is free to interpretation, so get inspired by France. Sarah served finger sandwiches, which pair nicely with tea and desserts. Salmon and cream cheese sandwiches play off the traditional salmon trout tartare, and a toasted ham and cheese will replicate the savory croissant.

Bonus Tip: Soup du jour and beef ragout are mentioned in “Be Our Guest,” but your guests will be dressed up—so stick to foods that don’t spill easily.

The most iconic item in “Be Our Guest” is the grey stuff—it’s delicious! Of course, the song doesn’t include a recipe, but many companies have created their own versions. April and Sarah used a recipe that’s similar to the grey stuff served at Be Our Guest Restaurant in Walt Disney World. It’s a silky blend of vanilla and chocolate goodness; Lumière would never steer us wrong!

Pie and pudding are also mentioned in the song, so cut a piece of the bride’s favorite pie for guests to enjoy. Like Sarah did, you can also serve other French favorites. Macarons and macaroons are perfect for your afternoon bridal shower, and sweet scones or tartes complement a brunch menu.

Food isn’t the only thing you need at your bridal shower. Mementos are also important! You want something the guests can take with them—your party favors—and also something for the happy couple to remember the occasion—a keepsake. Below are some ideas straight out of Beauty and the Beast, and straight from Sarah’s shower.

Our favorite part of Sarah’s shower came from one of her guests—to make to-go cookies. As guests left, they each took a cookie or two for the road (to eat on the way, or save for later!). Because it’s so important to choose favors the guests will actually use, this is a brilliant solution.

You and your BFFs could also thrift for tea cups for guests to use during the shower, and then take home with them. It serves as memorabilia, or something they may use to drink tea on their own.

Bonus Tip: Let guests know before they choose their cups.

Remember that “be our guest” sign? Well, you can set it up next to your guest “book” table. You can use a traditional book, or have guests sign a photo frame or printed canvas if you want a keepsake you can display.

Finally, all the bouquets of roses you decorated with—send those home as favors, too! They can be prizes for winning Bridal Bingo, or each guest can take one to dry at home. Any leftovers can be dried by the bride, and even incorporated into the ceremony’s décor.

Between the iconic characters and the romantic setting, it’s easy to customize the perfect Beauty and the Beast bridal shower. Sarah and April did it, and they had a blast! Remember that the goal isn’t to bring the movie to life—instead, it’s to capture the romance in the story, and in the country. And eat delicious food, too.

Have you ever been to a Disney-themed wedding shower before? What were your impressions?