7 Ice Breakers for Your Next Networking Event 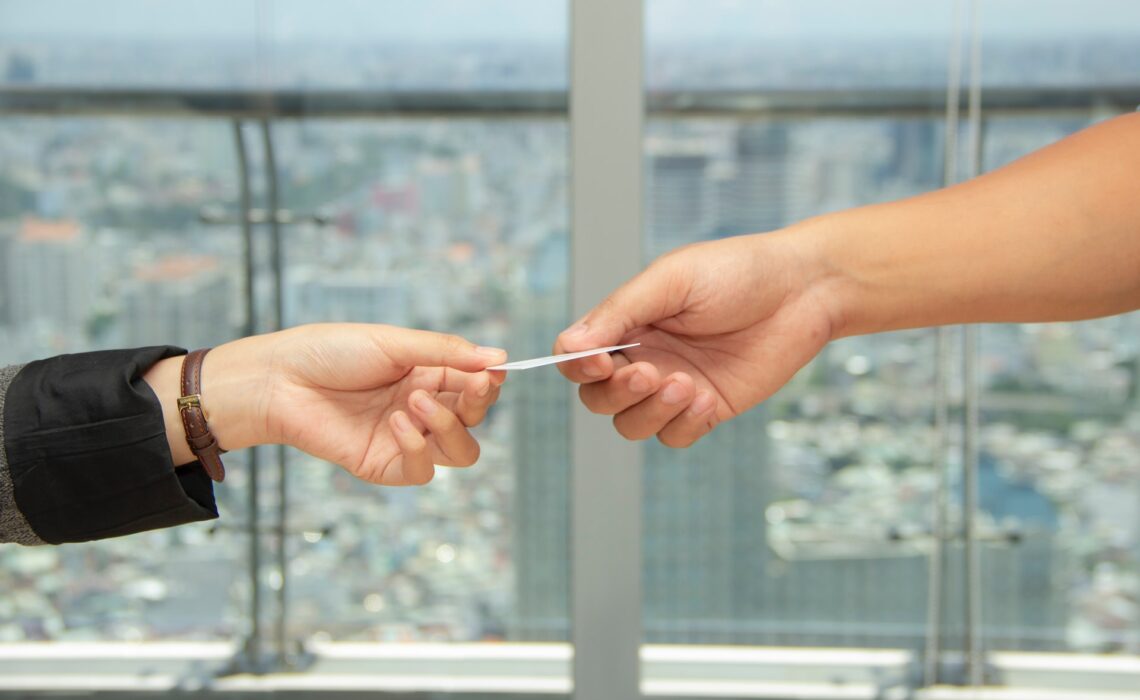 Networking events are all about making connections. But attendees can’t make connections if they don’t start talking first. Unfortunately, the typical format of grabbing a drink and wandering a room isn’t always the best way to get folks talking. For starters, it can be intimidating to walk up to a stranger and start a conversation. Do you jump right into business talk? Or chat about the weather first? Plus, those nerves can make it more difficult to carry on a conversation. What is it you actually do again? Thankfully, planning ice breakers can help jump start the mingling and increase overall engagement at your next networking event.

Ice breakers benefit your event in two ways. First, they give your attendees a clear directive. Instead of circling the room or waiting to be approached, your attendees will know exactly what to do. It will engage them quicker and it will remove any of that initial awkwardness, too.

Second, ice breakers give your attendees common ground right from the start. Like we mentioned earlier, it can be challenging to strike up a conversation with someone you don’t know. But when you both discovered you’re from the Midwest, you have something in common to start talking about. Or if you found out their background is in marketing, now you know something about them that you can use as a starting point. Even if your attendees don’t like the ice breakers, that’s still common ground they can connect with!

Of course, we want your attendees to enjoy the event you’re planning! That’s why we created a list of ice breaker activities to choose from for your next event. Before you decide on your ice breakers, however, consider the atmosphere and the audience of your event. If you’re hosting a formal networking event with executives at a business resort, you probably don’t want to play Jenga with them. (At least not without warning!) On the other hand, young professionals at a local winery will probably enjoy that type of activity.

Also consider the duration of your event. You don’t want to spend much more than 15 minutes on your ice breakers. Of course, you can end earlier if everyone has warmed up to each other. And some ice breakers may take a little longer to complete if you have a high attendance rate. For example, speed networking may take more than 15 minutes if you have a large crowd. But speed networking is technically networking, so you can get away with taking just a smidge longer than 15 minutes. But not too much longer—the point of an ice breaker is to jump-start an event, not take it over.

Ice Breakers for Your Next Event

At the beginning of the event, hand out pre-filled bingo cards to everyone. You can fill the cards with generic details, like someone who has a dog, or you can include items specific to your attendees. For the latter option, attendees can fill out an online survey ahead of time with relevant clues. Then, the networkers have 15 minutes to get bingo. They’ll have to walk around and chat with everyone to complete a row of five clues.

When the minute is up, everyone on the right side of the table moves on to the next table. Everyone on the left side stays put. This way, you can talk to someone new every minute. If a minute feels too short, you can make it a little longer—but not too long. It’s called speed networking, after all, and the goal is to foster as many conversations as possible in the time frame.

As we mentioned earlier, sometimes it’s hard to know what to start talking about. With this ice breaker, you give attendees the talking points, and they do the rest! Set up a handful of tables around the venue with a sign on each of them. On each sign, write a topic that will be discussed at that table. Then, guests can choose which topic they want to discuss and join the conversation. Attendees have the freedom to stay at one table for the whole 15 minutes or move around to a few different ones. And like many of the ice breakers on this list, you can include generic topics or topics specific to the folks at the event.

Break your group into pairs or smaller groups of three or four people. Give them five minutes to find the most interesting thing they all have in common. Then, go around the room and have each pair or group present their findings to everyone. Now, each small group knows each other better, and the larger group also knows something interesting about everyone else to kick off a conversation.

This is an especially good ice breaker for smaller groups. For this activity, one person takes a turn telling the group two true facts about themself and one lie about themself—without giving away which facts are true and which aren’t. Then, the rest of the group decides together which of the three is the lie. This repeats for every person in the group. By playing this game, you learn a little bit about every person.

This ice breaker is broad on purpose! Set up your venue with some gaming areas that include timeless games from childhood. You can bring out Jenga, Connect 4, or Uno and let the attendees play away.

It’s a great way to add a little competition while also relaxing the environment. Even if attendees aren’t learning about each other, they’re still getting to know each other and will feel more comfortable continuing the conversation later on.

We promise this ice breaker is easier than it sounds! For this activity, you place a long piece of masking or duct tape on the floor of your venue—a really long piece. More specifically, a piece long enough for every attendee to stand on shoulder to shoulder. (With a little wiggle room.) One end of the tape represents strongly agree and the other end represents strongly disagree. The middle is neutral. You can label the ends, if you’d like to.

During the activity, you’ll read a series of statements and after each one, attendees will move to the point on the tape that best corresponds to their belief of the statement. For example, you could read aloud: Chocolate is delicious. Those who love chocolate would stand at the end of the strongly agree side. Someone may stand in the middle of they neither like or dislike chocolate. Similarly, someone else may stand halfway between the middle and strongly disagree if they don’t like chocolate—but not a lot.

It’s a great way to visually get to know each other, plus it gets attendees moving around. And you can read any type of statement: They can be silly, related to work, and anything in between.

Ice breakers are a really simple way to loosen up a large networking event. They help attendees get to know each other without any of the awkwardness of approaching a stranger. Yes, we know that’s the whole point of a networking event, but that doesn’t mean it’s easy! Consider planning a ice breaker for your next networking event to give attendees a break.

What is your favorite ice breaker? Which ice breakers do you like the least?

Parties
5 Biggest Celebrations in the U.S. That Aren’t Holidays
Ecommerce Tips, Professionals, Sales & Selling
Make the Most Out of Your Courtesy Profile
Planners
7 Seating Arrangements Every Planner Should Know
Close