14 Unique Wedding Customs from Around the World 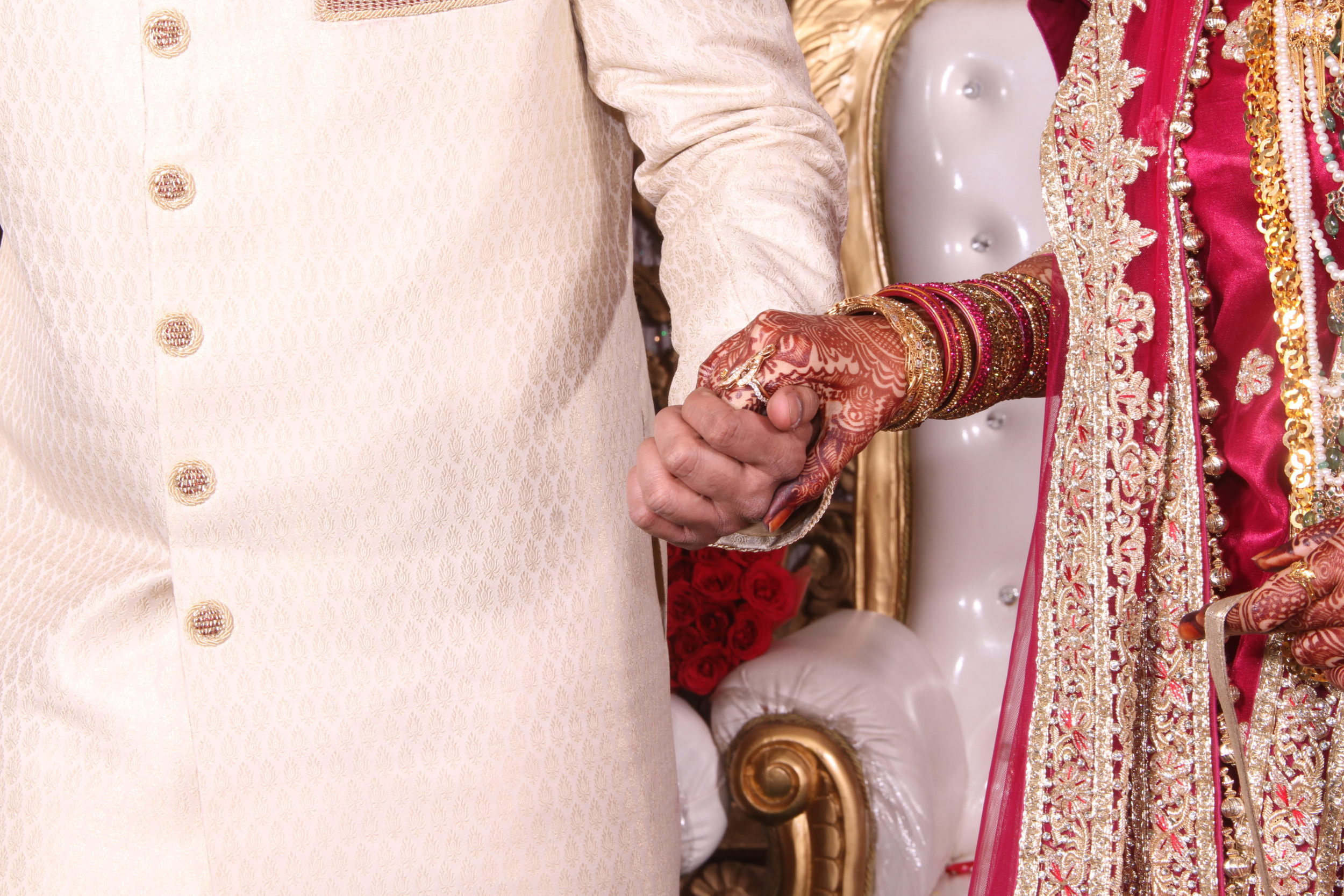 From Italy to India to Mexico, cultures all over the world pass down unique wedding customs through the generations. While some might seem strange or out of place to other cultures, each tradition has a history and significance to the participants.

Come take a world-wide tour of the unique historical wedding customs that are still practiced today—maybe you’ll want to adopt one for your own wedding! Clanging Pots and Pans
Though this custom has been adopted by other European and North America cultures, charivari originated in France. Originally, the custom typically took place post-ceremony as an outward celebration of the union. During this traditional prank, friends and family of the newly married couple gather in the evening and clang pots and pans, ring bells, and blow horns.

Over time, the custom morphed into a pre-ceremony event, signifying the community disapproval of a marriage—if, for example, there was a significant age gap between the couple, or if a widow/widower was remarrying too soon after their spouse’s passing.
(source)

Breaking Dishes
France’s neighbor, Germany, has a similarly noisy pre-wedding tradition called Polterabend. The word itself means to make noise in the evening. A few days before the wedding, friends and family of the bride- and groom-to-be gather and smash as much porcelain as they can—dishes, tiles, and even toilets are shattered. After, the bride and groom clean it up.

It is believed that the action of cleaning up the broken mess—which the family and friends have worked so hard to make—will help prepare the couple for their new lives together and bring good luck to the happy couple.
(source) y small villages throughout Germany, friends of the soon-to-be-wed couple will kidnap the bride the night before the wedding and hide her somewhere. The groom then has to search to find her. Typically, the bride is brought to a local pub down the street or another party. Once the groom finds her, he has to jump through various hoops to get her back—which can include paying the whole bar tab, solving puzzles for clues where she is, or confessing the reasons why he loves her. Of course, once the groom finds his bride, festivities continue at the bar or party.

While the intent is all fun and games, this tradition has been known to end badly on occasion.
(source)

Log Sawing
Log sawing is another German tradition that is said to test the couple’s ability overcome obstacles. Immediately following the wedding ceremony, a log is positioned between two sawhorses where both newlyweds must work together to saw the log in half. According to custom, this first obstacle they must overcome is a sign of how well they will handle things together now that they are married.

In this first video, Lisa and John obviously have some challenges to look forward to in married life .

However, bride and groom Zack and Kody are going to live happily and in perfect harmony with one another.
(source)

Mehndi
The modern day practice of henna has a few different origins, one of which being the intricate ceremony of Mehndi. Indian weddings—which are traditionally multi-day affairs—involve the practice of painting intricate patterns on the bride’s hands and feet with a temporary dye, or mehndi. The intent behind this ceremonious art is to signify how prosperous the marriage will be—the deeper the color, the more prosperous.

Mehndi ceremonies take place with the bride’s female friends and family members before the wedding—complete with dancing and singing! As the video below shows, there is also a special dance and song associated with the Mehndi process
(source)

Stealing the Groom’s Shoes
Before the ceremony, the groom must remove his shoes prior to entering the alter to be married. Once the shoes are removed, members of the bride’s family try to steal the groom’s shoes, and will go to great lengths to do so. The groom’s family, on the other hand, must protect his shoes at all costs, they will also go to extreme measures in order to hide and protect them.

If the bride’s family is successful in stealing the groom’s shoes, then the groom must pay whatever amount of money they request to get his shoes back.
(source)

Aeki Beki
Occurring post-wedding-festivities, after the bride has said goodbye to her family, she and her groom go to his parents’ house, along with his side of the family. Once there, festivities and games continue, including Aeki Beki. During this ritual, a bowl is filled with milk, water, sindoor, and vermillion—creating a vibrant reddish orange color. A ring, coins, and various other objects are dropped into the bowl.

Both Feet on the Floor During the reception when the newlyweds are dancing their first dance, superstition dictates that the bride’s feet must never leave the dance floor. It is said that fairies love beautiful things, and their favorite beautiful thing is a bride. If the bride lifts even one foot off the ground, she could be swept away by the fairies. Some variations of this superstition allow for one foot to be off the dance floor—it’s when the bride has both feet off the ground that the fairies will swoop in.
(source)

Touching Iron and Breaking Vases
To ensure the best wedding and the happiest marriage, in Italy we find an array of traditions to ward off bad luck. During the wedding, the groom will often carry a small piece of iron, or toc ferro, in his pocket—the term translates as “touch iron” and is the Italian equivalent to the English knocking on wood for good luck. The piece of iron in his pocket is believed to ward off misfortune.

After the wedding came to an end, the newly married couple shatter a vase or glass into as many pieces as they can—the number of shattered pieces represents the number of years they will be happily married.
(source) During wedding ceremonies in Mexico, the groom bestows a gift of 13 coins, or arras, to his bride after they have been blessed by the priest. The coins represent Jesus and his 12 apostles and are a symbolic promise that the groom makes to provide for his bride and their family.
(source)

In the Scottish pre-wedding tradition of blackening, the bride is taken by surprise the day before her wedding and covered with all sorts of substances, such as eggs, soot, and various custards or mustards. The bride-to-be, officially blackened, is the then covered in feathers and paraded around town, and, of course to a few pubs, for all to see.

Filmed in  the northeast of Scotland in 2014, a bride-to-be is subjected to a traditional blackening. Though the intent is for good luck, it’s not hard to imagine why some brides do not want to participate.
(source)

Kiss the Bride and Groom Coins in the Bride’s Shoes
An old, sweet Swedish custom is for the bride to carry coins in her shoes. A silver coin from her father is placed in the left shoe, while a gold coin from her mother is put in the right. These coins are to ensure that the bride always has everything she needs in this new stage of her life.
(source)

Jumping the Broom
While likely originating in Ghana, the tradition of jumping the broom prevailed in the United States as a ceremonial custom among African American slaves who were not legally allowed to marry.

Usually performed at the end of the ceremony, the bride and groom jump together over a broom laid on the ground. Because the broom symbolizes a sweeping away of past wrongs and warding off evil spirits, by jumping over the broom, the couple is warding off said spirits.

For the bride, her jump also symbolizes her commitment to cleaning the courtyard—metaphorical or literal—of her new home, and her overall dedication to her new family. In a sense, the couple is sweeping away their former single lives, problems or concerns, and entering into a new adventure as wife and husband.

This tradition is not commonly practiced today, but those who do include it in their ceremonies do so to honor and respect their ancestors and their rich heritage.
(source)