5 Biggest Celebrations in the U.S. That Aren’t Holidays 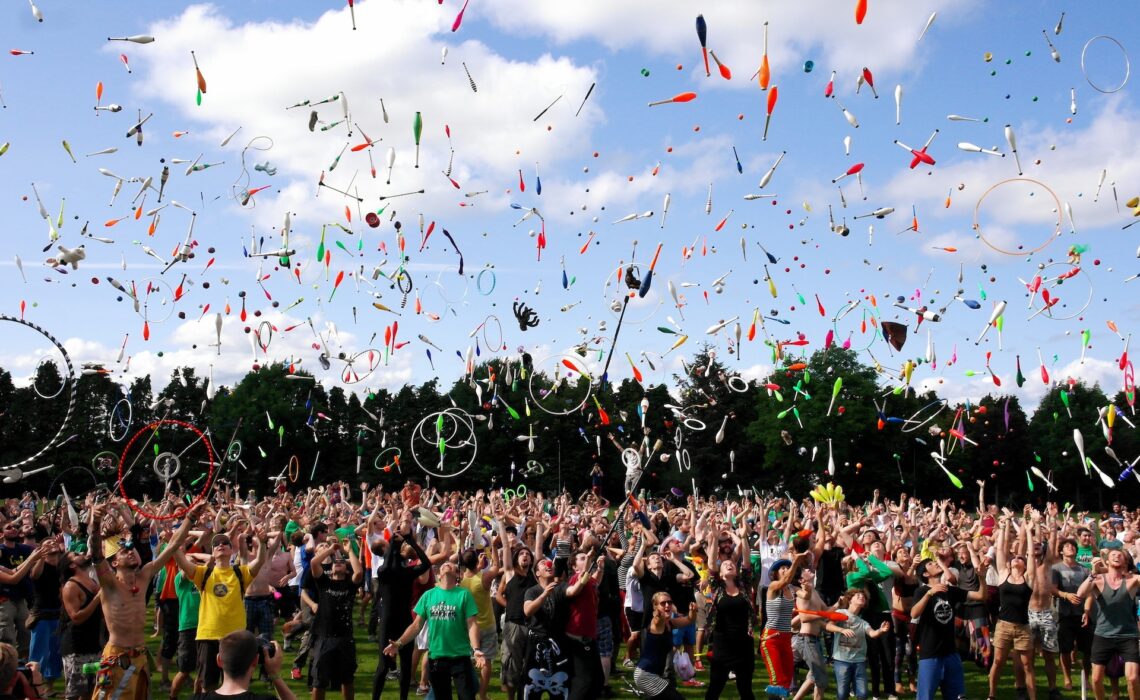 Whether they’re for religious, personal, or cultural traditions, holidays are a wonderful time to gather with friends and family. While there are largely celebrated days across the nation, like Christmas and Memorial Day, there are also plenty of non-holiday celebrations happening year-round. And some of those celebrations are huge! In this post, we’re going to explore some of the biggest celebrations in the U.S. that aren’t holidays.

Of course, it can be challenging to get proper headcounts for large events like Mardi Gras. And it’s important to remember that lots of external factors—like COVID-19 and Hurricane Katrina—that have negatively impacted attendance rates over the years. That certainly hasn’t stopped people from planning and attending events. So let’s take a deeper look at some of the biggest celebrations in the U.S. that aren’t holidays.

French for fat Tuesday, Mardi Gras is the culmination of Carnival, which begins on January 6 each year. Mardi Gras earned its name by taking place on the Tuesday before Lent—the last day to indulge in food before fasting for 40 days. Although New Orleans is synonymous with Mardi Gras to many, the first U.S. Mardi Gras took place in 1703 in present-day Mobile, AL. In fact, the first New Orleans Mardi Gras didn’t take place until 1857, because the city was established much later than Mobile.

While the celebration is free and you don’t need tickets to attend the parades and celebrations, hotel rooms in the area book up fast, so you certainly want to plan ahead! It’s always hard to estimate headcounts for large events like Mardi Gras, but there are usually over a million folks crowding the streets of the city.

The U.S. Open Tennis Championships is a three-week tennis event, including the U.S. Open Fan Week. Starting in 1881, it’s one of the oldest tennis championships in the world. And its fans show up! Unlike other events, the U.S. Open has seen an increase in attendance over the last few years. Over 880,000 people attended the event—up by almost 30,000 in 2019, the previous record-holding year.

The tournament championships are decided for men’s and women’s singles, men’s and women’s doubles, and mixed doubles, along with events for senior, junior, and wheelchair players. Ticket prices depend on how long you want to attend and what sessions you want access to. But you can expect to pay anywhere from $77 to over $650.

This New Mexico hot air balloon festival is the largest in the world. What started in 1972 with just 13 balloons has expanded to over 500 balloons in present day. During the nine-day Albuquerque International Balloon Festival, there are competitions, special balloon events, and even music and family entertainment. Pre-pandemic attendance was close to 900,000, but since 2019, numbers have dropped to just under 800,000.

And like most events of its size, you can purchase tickets to meet your budget. A general admission ticket costs only $15 a session, but you can also go glamping for three nights for $1,600. (Glamping is a portmanteau of glamorous and camping, and usually involves staying in a tent that has heat, electricity, and a bed.)

Founded in 1935, the repertory theater puts on between five and eleven plays every day, six days a week. The season typically runs for six months, usually starting in April and running through part of October. With over 400,000 attendees each season, the Oregon Shakespeare Festival (OSF) welcomed its 20-millionth visitor in 2015. Like many live events, though, OSF has struggled keeping up with pre-pandemic numbers. Even still, they are one of the oldest and largest non-profit theaters in the country.

This season, you can attend Shakespeare classics like The Tempest and King John, along with a new play called Confederates by MacArthur Prize-winning Dominique Morisseau. Depending on the title and your seat, tickets can range from $15 to $55.

Also called Jazz Fest or Jazzfest, the 10-day Jazz & Heritage Festival welcomes over 400,000 attendees each year. Although jazz is in the name, the festival celebrates all the types of music associated with the city and state, including blues, R&B, gospel, Cajun, zydeco, Afro-Caribbean, folk, Latin, rock, rap, country, and bluegrass. Plus, there’s also local cuisine and artists in attendance, too. Overall, it’s more of a celebration of the Louisiana culture than a jazz music event. (Don’t worry, though—there’s still plenty of jazz to be heard!)

Single-day, general admission tickets cost around $100, while VIP experience weekend tickets can cost upwards of $1,600. But they also offer early bird tickets, so if you’re interested in attending, be sure to keep a look out for them!

While this isn’t an exhaustive list, these are some of the biggest celebrations in the U.S. that aren’t holidays. Hundreds of thousands of people crowd streets, stadiums, and outdoor spaces to share in their favorite pastimes. From music to theater to sports—and all the culture and food in between—these events bring us closer together. And that’s certainly something to celebrate.

Have you been to any of these events? What is the biggest event you’ve ever been to?